Free delivery
One tree for every order
One stop shop
4.9/5 Google reviews
You are here: All categories › Flags › National and regional flags › American flag
From wind speed of 7 Beaufort and up, outdoor use of flags is not recommended. This can reduce the life expectancy of your flag to one day.
Order the American flag 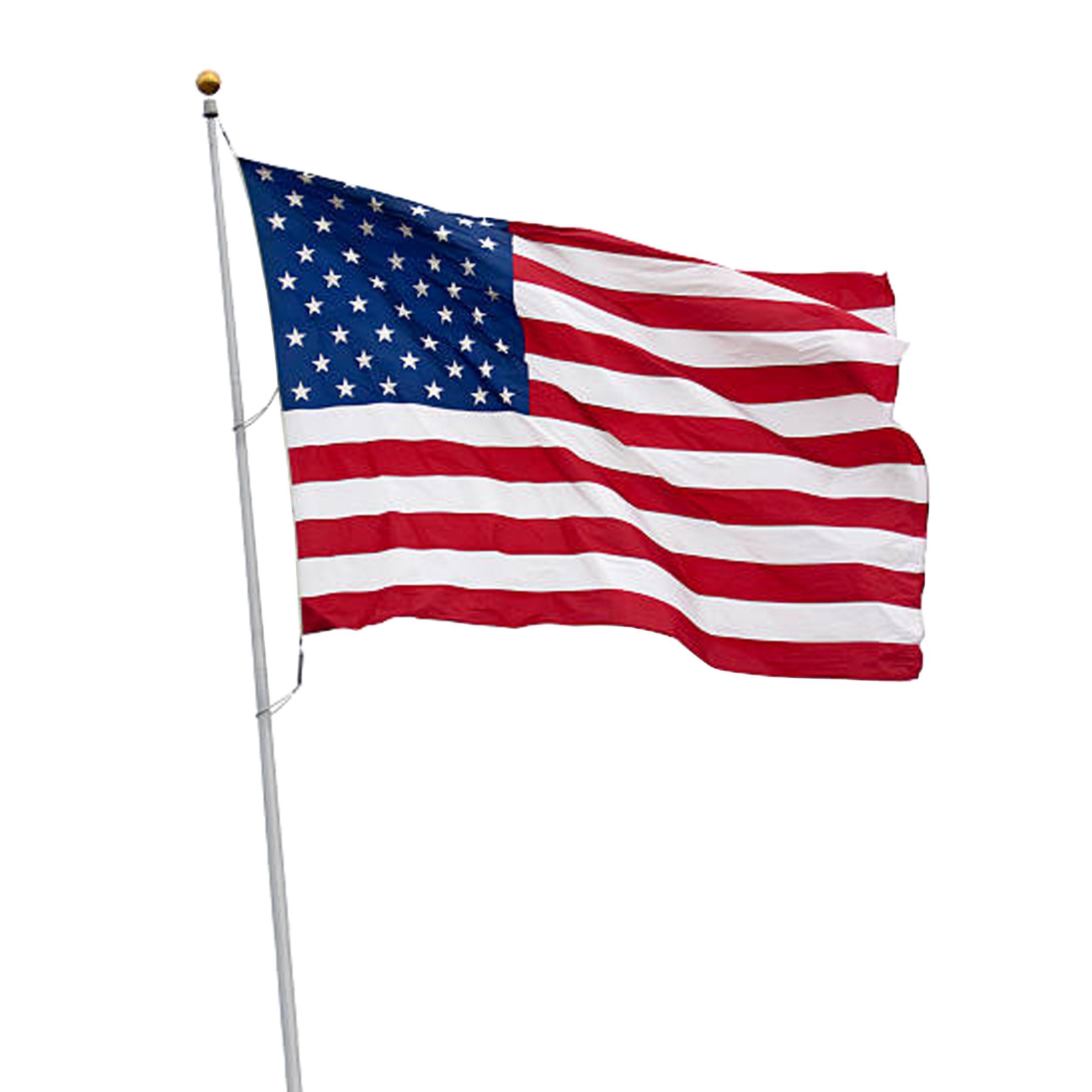 The flag of the United States of America consists of seven red horizontal stripes separated by six white stripes. The flag is also known as the Stars ans Stripes. In fact, the flag contains 50 small, white, five-pointed stars in nine horizontal drives. The 50 stars on the flag represent the 50 states of the United States. The 13 white and red stripes represent the 13 original colonies that seceded from Great Britain in 1776.

Our American flags are made from 115g gloss polyester flag fabric and are finished with a band and 2 clips, rings or a loop as standard. The size and finish is completely up to you. Moreover, you can also have the flag individually wrapped in a transparant foil if you wish. Please note, when ordering these flags you only order te flag itself, the flagpole is not included.

You aren't sure how to properly design your print file? Check out the design guidelines for American flags.

You are ordering American flags

Size
Choose the size of your flags

Material
Choose the material of your flags

Finishing side
On which side do you want to have the finishing of your flag?

Finishing
Choose the finishing of your flags

Which finishing should I choose for my flags?

Packaging
Do you want to have the flag wrapped individually in a transparent foil?

Sponsorship
Can we sew the PrintSimple label in your flag?

Oops!
We need more information to calculate a price! Please select one of the options for each product property.

Go back to the start
Reset your choices

Request a quote Add to cart
Reset your choices